The beautiful landscape of Spain

The landscape of Spain is as diverse as the culture and traditions of the country itself.  In Spain, nature lovers will find everything their heart desires: beautiful sandy beaches and coastal roads, blue, clear water as well as high mountains, lakes and waterfalls.  In the following, we would like to introduce you to the most beautiful landscapes of Spain and show you why Spain is definitely worth a trip. 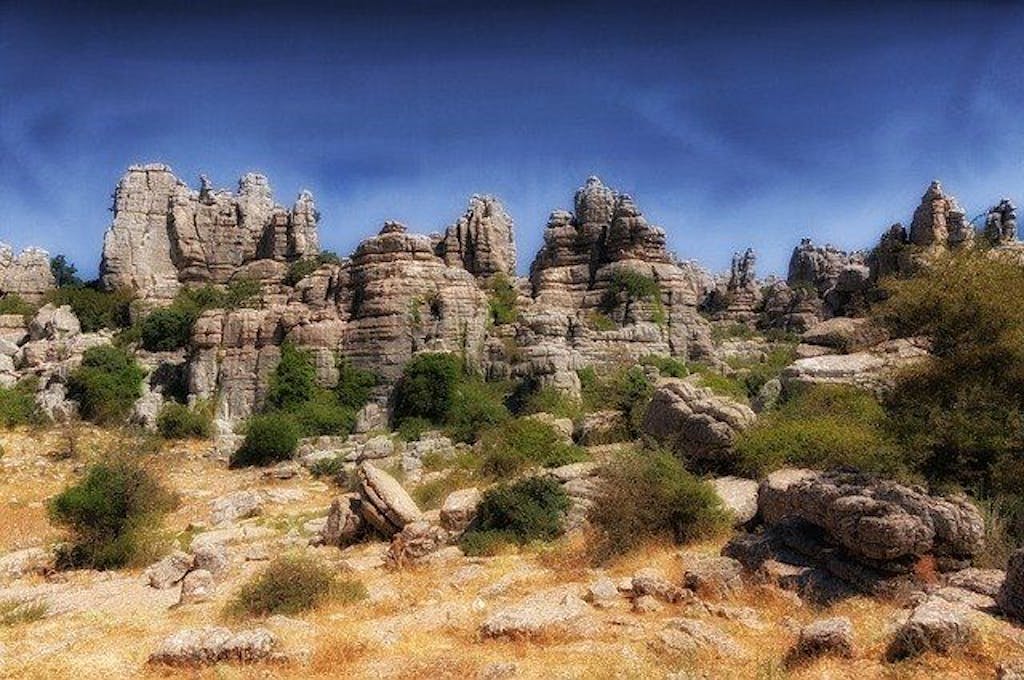 What to see in Spain?

The landscape in Spain is diverse and varied: high mountains in the north and south of the country. In between, green low mountain ranges, but also dry landscapes like the Meseta plateau in central Spain. Look with us at mountains, natural parks, cliffs, bays and beaches.

It is not easy to name the most beautiful beaches in Spain, because the choice is simply huge. The country has beaches at both the Mediterranean coast and the Atlantic coast. Those who travel to the southern European country for a beach vacation are therefore spoiled for choice - the coastline of the mainland is 3167 km long. But Spain also has gorgeous islands like Mallorca, Tenerife or Ibiza with beautiful dream beaches, crystal clear water and secluded bays.

No matter what you choose, Spain's beaches offer you not only pure sunshine but also a variety of water sports and leisure activities. The good water quality makes swimming and splashing around a pleasure. Whether you are looking for rest and relaxation or an active vacation and nightlife, Spain's top beaches leave nothing to be desired. 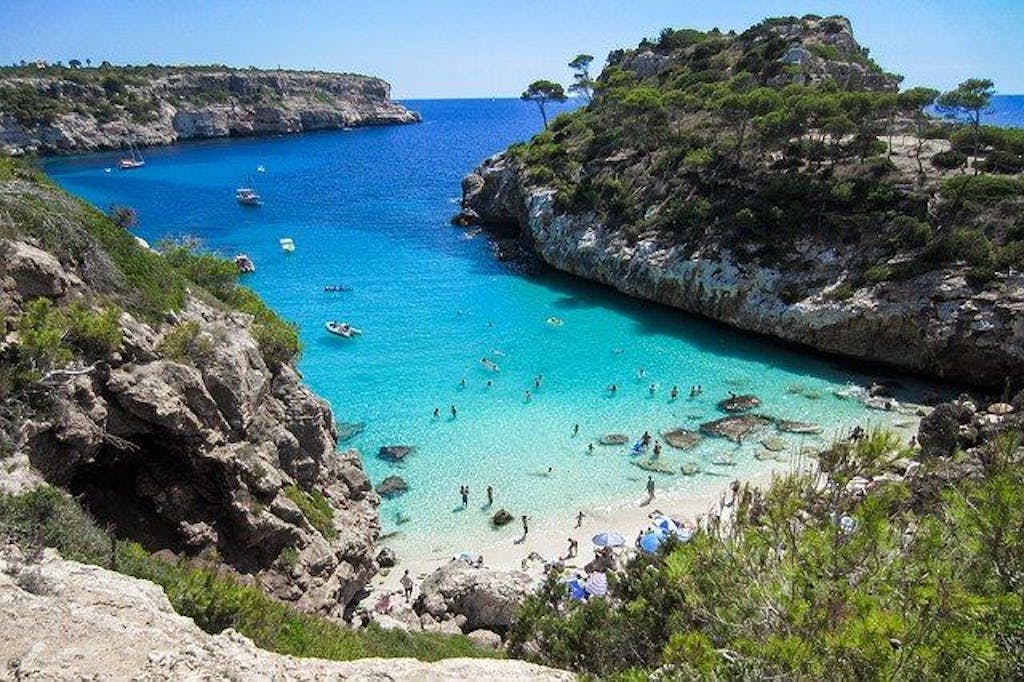 Few people know that the mountains in Spain make up a large part of the country's surface area. In almost every region of Spain, mountain ranges can be seen on the horizon. 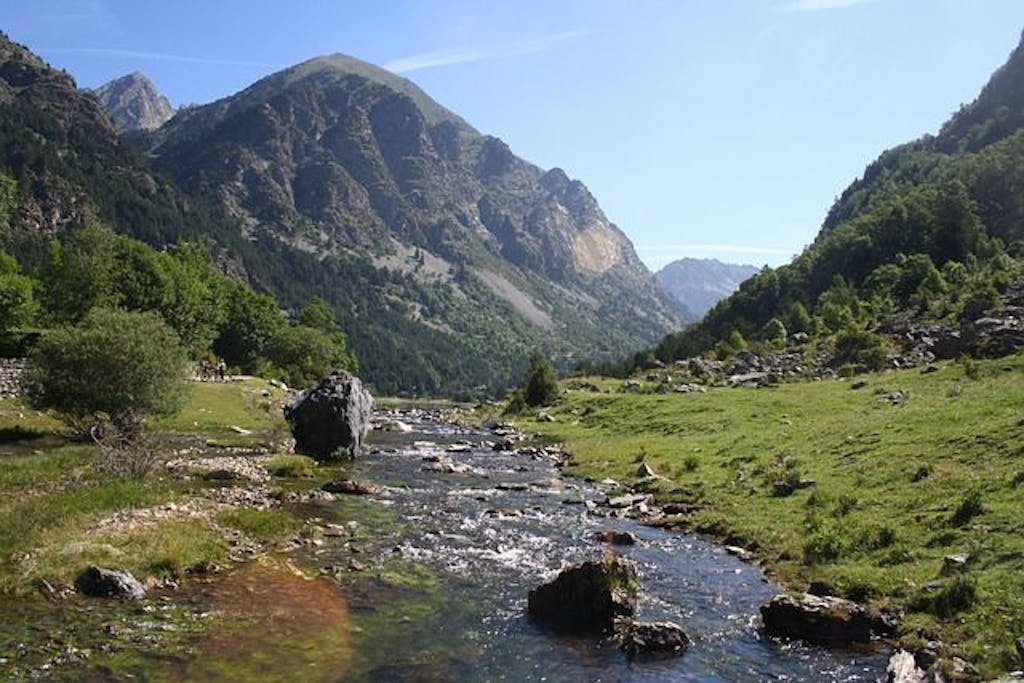 Towards the south, the landscape gradually changes to the Spanish plateau. This includes the wide, flat plains and the high peaks of the peripheral mountains of Castilla y Leon and Aragon. Summers here are warm and dry, whereas winters are quite cool. This is followed by the vast central Spanish meseta, with very dry and desert-like regions in La Mancha and Andalusia.

Spain is also known for its beautiful islands, which can be divided into two major island groups: The Balearic Islands and the Canary Islands. Both are synonymous with natural beauty, fun and relaxation. However, they differ in their geographical location. 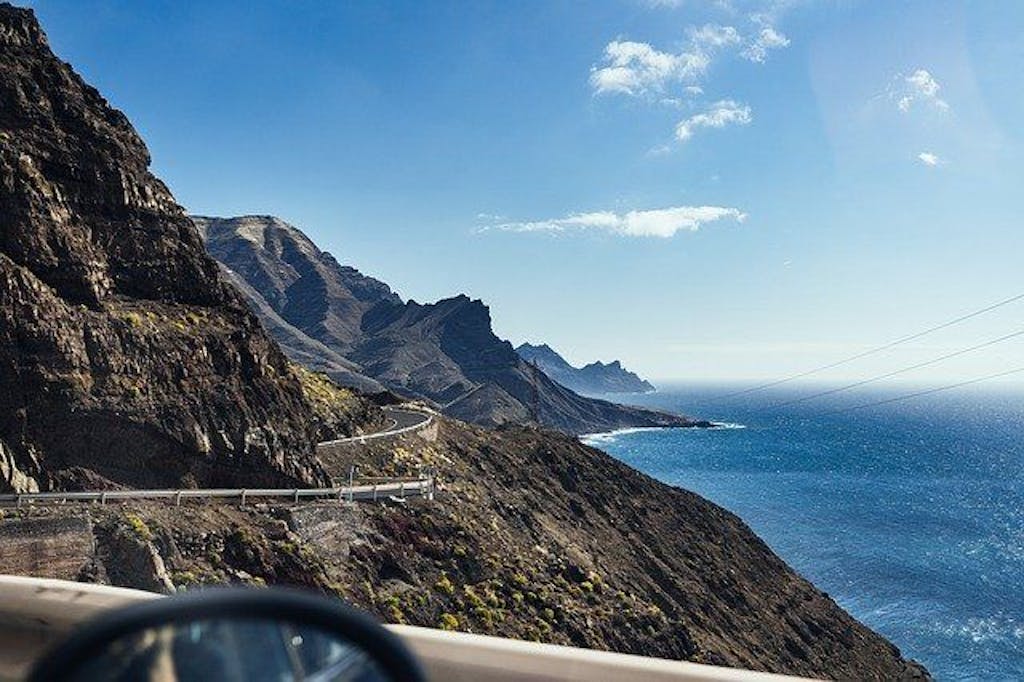 The Balearic Islands consist of the five main islands of Mallorca, Menorca, Ibiza, Formentera and Cabrera. In addition, 146 other (uninhabited) islands belong to the archipelago. The largest of the Mediterranean islands is Mallorca. The capital of the Balearic Islands is Palma de Mallorca, which is also the seat of the autonomous government of the archipelago. Depending on the island, the distance to the mainland is between 90 and 200 kilometers.

The most beautiful nature places of Spain

In the following, we like to introduce to you the most beautiful nature places of Spain, which you should not miss during your Spain travel. Please make sure to protect the environment and the beautiful landscape of Spain during your trip! Our 5 tips to travel more sustainably will show you how to do that!

This beach is just one example of hundreds of beautiful Spanish beaches. The unspoiled Playa de Bolonia is on the Costa de la Luz in Andalusia near Cadiz and offers an impressive view of Africa. Both nudists and windsurfers settle on the fine-sand beach with 30-meter-high sand dunes - but happy cows are also spotted here time and again. Those who want to travel back to Roman times can visit the ruined city of Baelo Cladio.

The unique cultural landscape of Las Médulas has been declared a World Heritage Site by UNESCO. It is in the Bierzo region in the province of León. Its history dates to the first century, when the Romans diverted the water to erode the weak rocks of this area and thus mine the gold inside. Over the years, the rocks were further exploited until Las Médulas became the largest gold mine in the entire Roman Empire. Thanks to the gold extracted, the Roman legions could be financed. The mixture of technology and natural forces created a landscape of curiously shaped clay mountains and reddish sand mixed with vegetation. A breathtaking sight full of contrasts and impressive colors. 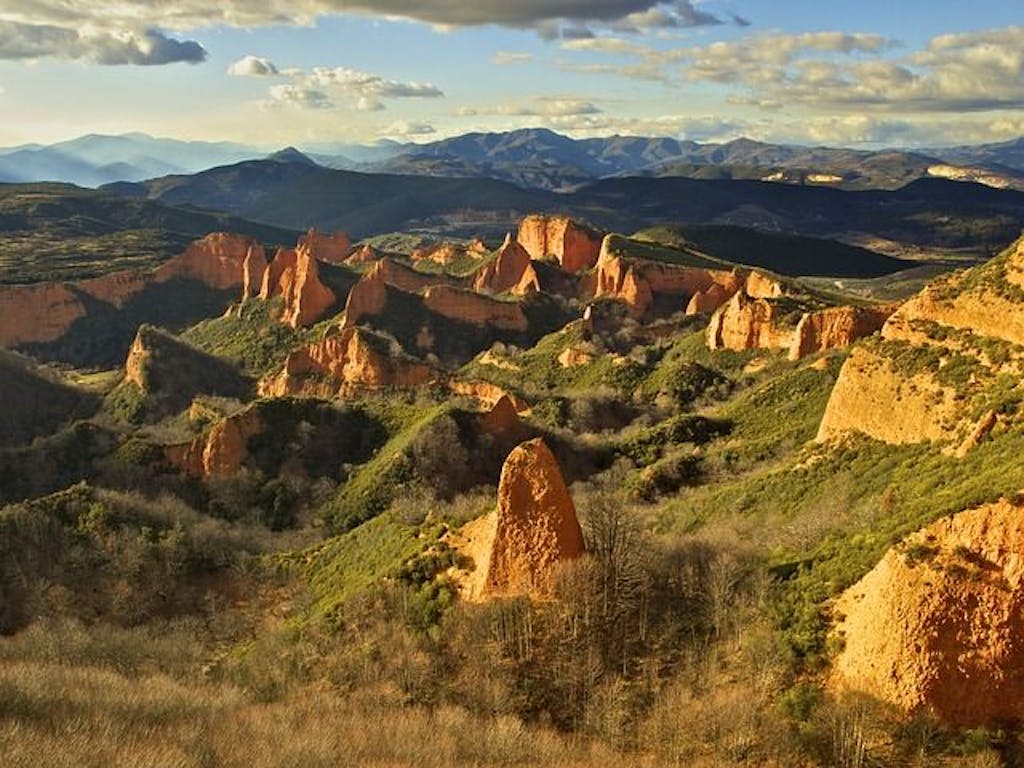 Bardenas Reales is a semi-desert in the south of the Spanish autonomous community of Navarre, covering an area of 415 km². It is for sure one of the natural highlights in Spain. Characteristic of the Bardenas Reales is the bizarre landscape, which consists largely of ocher clay. Because of its peculiarity, the area has served as a filming location for various movies, from Spanish box office hits like "AirBag" to international successes like James Bond 007 “The World is Not Enough". You can look at many photos of the Bardenas Reales, but until you've been there yourself - especially at sunset - it's hard to get an idea of the immensity, size and infinite variety of its forms. When you visit the Bardenas Reales, you will only ask yourself, "How is it possible that such a wonder is not better known abroad?" 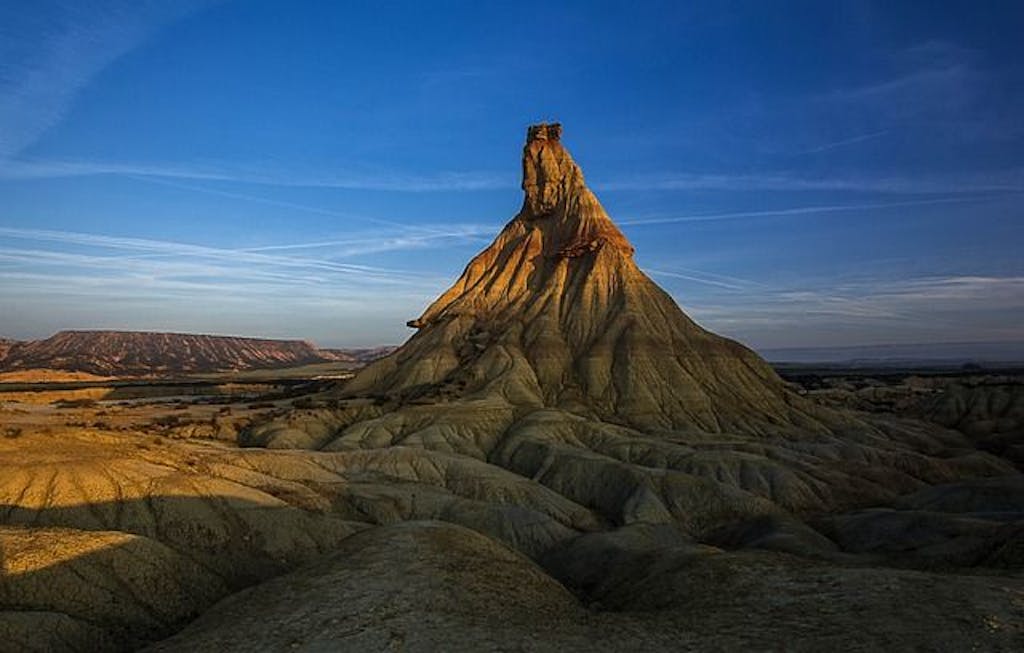 The Camí de Ronda is a trail between the cliffs of the Costa Brava, used in the 20th century by the Guardia Civil to control smuggling activities. Today it is the perfect route to be seduced by the blues and cliffs of the Costa Brava. If you walk part of the Camí de Ronda, you can enjoy a magnificent view of the coast of Girona, where the intense blue of the sea combines with the green of the pines and the idyllic villages you will meet along the way.

Off to the Pyrenees! You can climb the mountains to the Pic du Midi, where nothing and no one blocks our view of the surrounding mountains and the starry sky. Do you love skiing? Then the Pyrenees are the right destination for you in winter as well. The Pyrenees, between Navarre, Aragon and Catalonia, extend for over 400 kilometers. The mountain range runs horizontally as a natural border between Spain and the rest of Europe in the north of the country. High mountains with over 200 peaks over 3,000 meters high, lush vegetation, numerous rivers and many, many villages on the mountain slopes reveal a unique way of life. There is always something to do in the Pyrenees. No matter what time of the year you travel. In winter you can enjoy the snow with skiing, sledding or snowshoeing. Spring and summer are the times for hiking through one of the many trails through the Pyrenees. 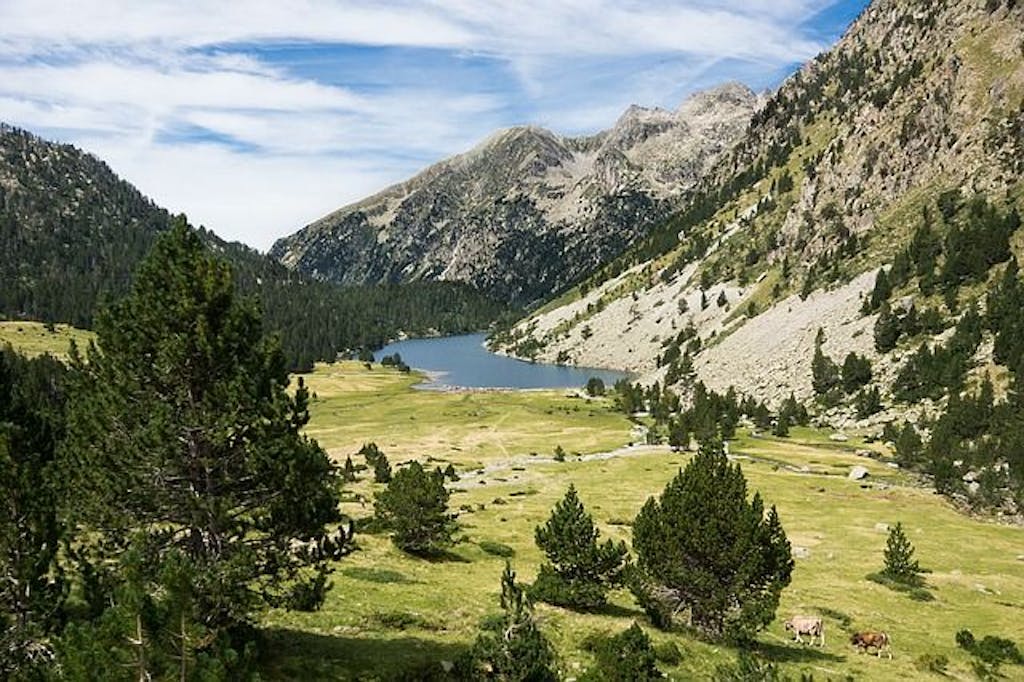 Why travel to Spain

A trip to Spain has so much to offer: Besides beautiful landscapes, there are also great cities like Barcelona, Madrid or Seville. It's best to combine both during your vacation in Spain. Spain is always a great travel destination - in summer and in winter. The country shows a different side in every season: in summer warm and bright, with endless days where you can enjoy the day until late in the evening. In winter you can go skiing in the mountains or still enjoy the warm weather in the valley. Don't know what to pack for your trip? Here we give you some advice on which shoes to pack for hot and cold regions.

Still not convinced to travel to Spain? Then here is the summary once again. Dream-Beaches, clear waters, cliffs, mountains and islands make any round trip an unforgettable experience. In southwestern Europe, the country has 44 UNESCO World Heritage Sites, including prehistoric rock paintings, historic cities and buildings, bridges, national parks and landscapes. Only Italy, with 49 sites, and China, with 45 sites, have more. Here we show you how to plan your trip with Tripspi.

The beautiful landscape of Norway

The beautiful landscape of Italy

The beautiful landscape of Iceland